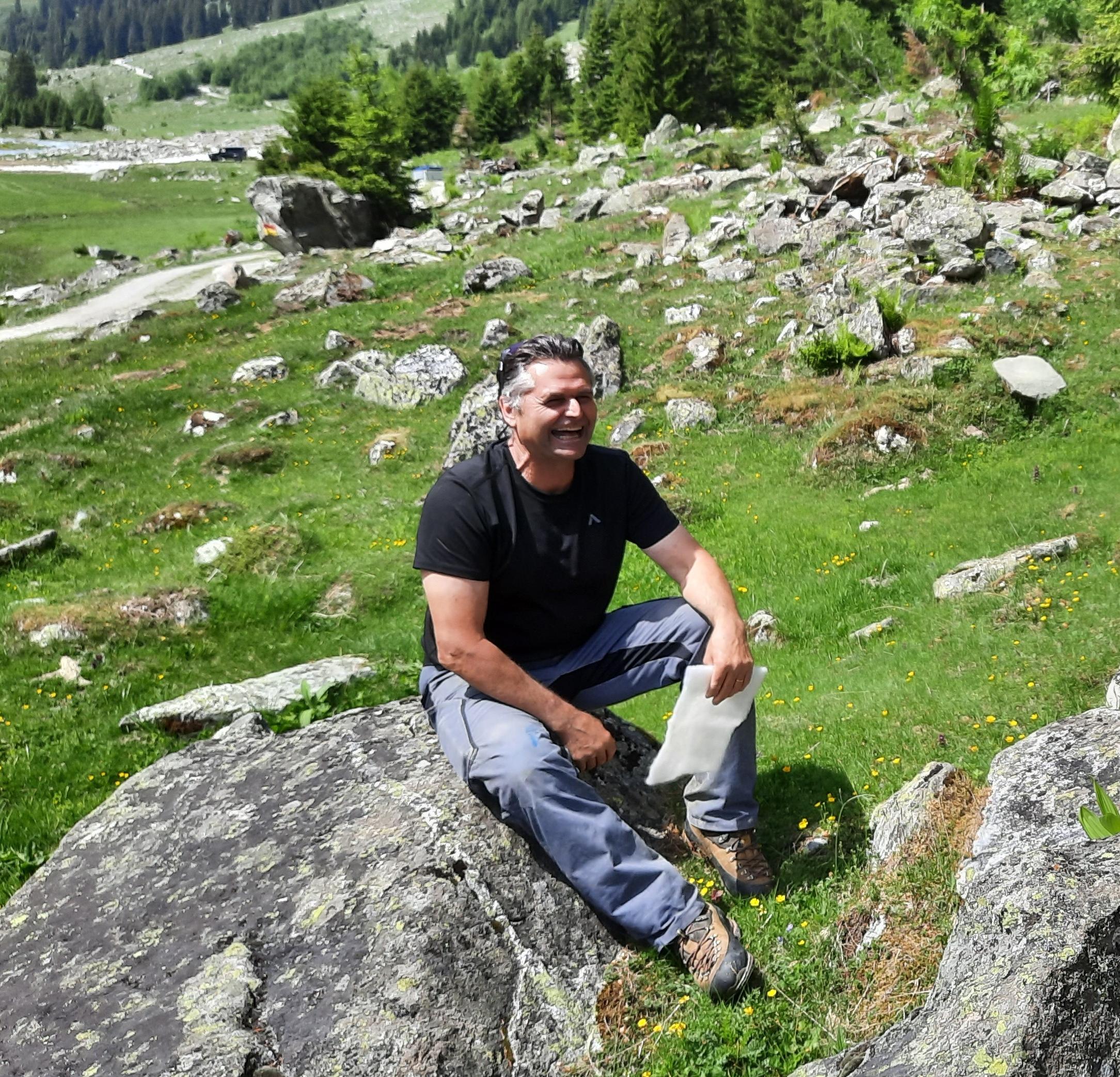 Marcus Berther is 59 years and has been a sheep farmer in Disentis since 1986. What started as hobby farming with 20 animals has developed over the years into a full-time business with 190 ewes and 110 lambs. We accompanied him on this year's alpine lift - transhumance - and were able to talk to him about sheep farming in Switzerland.

Marcus, how do you keep sheep in the annual cycle?

The herd comes down from the alp towards the end of September and then we graze on the meadows near the village and the farm. We move the sheep before the soil freezes in November and there is no longer any food. Due to the freezing weather, we have to house the sheep. This means that the sheep are usually in the barn from mid-November until the end of April. During the winter, lambing also takes place. After the snow has melted, the ewes and their lambs go to the pastures around the stable. As soon as the grass begins to grow in spring, the animals are moved with the shepherds to the so-called “Almenden”. “Almenden” are higher lying areas near the villages and settlements. Depending upon the snow conditions and vegetation, we then bring the sheep from there to the high Alps in June, where the sheep spend the whole summer.

What role does grazing on the alp play for the welfare of the animals?

For the sheep, the weeks and months up on the Alps are like holidays. They can move freely over very large areas. The temperatures above are much more pleasant than in the valley and they are not annoyed by flies as much. In addition, the sheep always have access to young, protein-rich grass and a variety of herbs. As a standard, the animals come down from the alp very healthy and strengthened, and this always has a positive effect on the quality of their wool fibers.

How does the alpine lift work with you?

We drive the sheep, together with our shepherds and volunteers, down from the Almend in Val Segnas and through the village of Disentis, where the sheep spend a night down on the riverbanks of Vorderrhein. The next day, the upwelling begins very early in the morning through the Val Russein up to the Alp Cavrein at approx. 1800 meters. The animals cover a total of 20 kilometers and an altitude of around 800 meters. This is exhausting for the sheep, but usually they do it very well.

What are the most exciting times in transhumance for you?

Basically we are already well rehearsed because we have been walking the same path for years. But it always gets exciting when we use the infrastructure in the village, streets, sidewalks, etc. In addition, on the second day we cross the railway tracks. We have to coordinate this very well so that the herd completely crosses the tracks before the barriers close.

It was an exciting and educational experience for us to be part of the alpine lift. It's nice to see how sheep farming in Switzerland adapts to nature, the seasons and the local conditions.